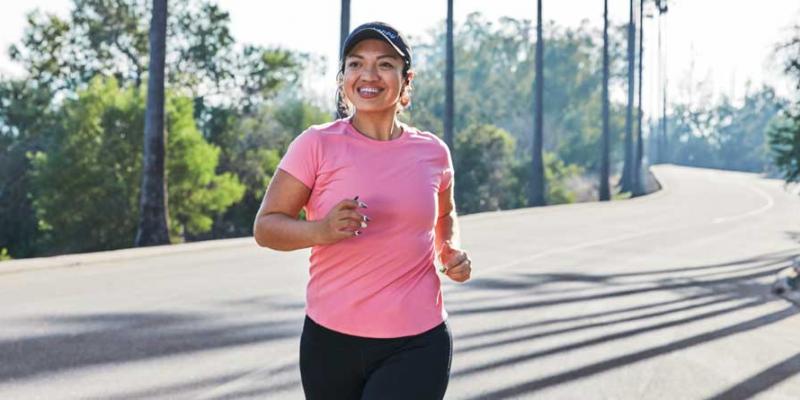 Wendy Rodriguez, then a 32-year-old mother of three, woke up in a Los Angeles hospital covered in blood, with her mouth bandaged. “I’d had a big seizure. I knocked out my teeth, and my jaw was a mess,” Rodriguez recalls. “I realized my lifestyle had caught up with me.”

Until that point, her days had consisted of working, cooking, drinking soda, snacking on junk food, and sleeping. Rodriguez consumed supersized portions and drank a lot socially. “I was 32, 5'7" and 240 pounds. I’d never thought weight was an issue.” She had never heeded doctors’ tips about how diet and exercise could improve her quality of life, mostly because she didn’t believe it.

Rodriguez had had trouble dealing with her epilepsy ever since she’d started having seizures at age 15. While most teens are worried about new clothes or courting a school crush, Rodriguez was trying to figure out whether she was cursed. It felt like it. And, perhaps most important, that’s what adults were telling her. “Nobody in my family had epilepsy,” she says. “Then one day, I had a seizure. At first I thought it was because of my period, that I’d just passed out. But then it started happening daily, and my arms would lock. I was living in El Salvador at the time, and people told me I was possessed by the devil.”

Of course, nothing supernatural caused Rodriguez’s health issue—nor was it her own fault. Epilepsy creates a disruption in the electrical communications of the brain’s neurons, which causes seizures. Once diagnosed, patients ideally work with neurologists to help manage seizures. Rodriguez, however, wasn’t that fortunate: She didn’t see a specialist for two years. By that time, she was struggling daily against the emotional trauma and stigma of her illness. “I felt dirty and alone in my struggle,” she says. “I came back to the United States when I was 17, and I finally saw a neurologist, but I was also depressed and partying. In my mid-20s, I started drinking heavily.”

Rodriguez began an unhealthy cycle of binge drinking, even though she knew it would compromise her health. “I would have ‘seizure nights,’” she says. “I understood that drinking would bring them on, but I was so lost that I thought the partying made me feel great.”

In her early 20s, with two kids, Rodriguez says she was battling both her illness and an abusive relationship that left her feeling powerless. She drank even more, trying to lift her spirits. Eventually, her body gave out—and that’s when she woke up in the hospital, frightened for her life. “I realized I had been self-medicating and surrounding myself with negative people and things that lacked meaning, looking for a temporary fix,” she recalls. “I wanted to be a better woman. A better mom. Have deeper connections. I decided to stop partying.”

It was a rocky start. “Four months after that big seizure, I decided to go to the jogging track. I did one lap—then I had a huge seizure. My body went into shock,” Rodriguez recalls. She didn’t let that stop her. “I took one week to rest, and then I got back out there. I also started seeing my doctor and we developed a plan for me to start exercising at home and what to do in case I had a seizure. I joined the YMCA. My friends teased me, but I knew I needed to make the change.”

One year after changing her lifestyle, Rodriguez got a boost of inspiration that furthered her transformation: “I saw some middle schoolers who’d just completed a race, and I thought, ‘If they can do it, I can do it.’” In 2015 she joined a running club in Los Angeles that has courses for all skill levels. “I immediately knew I’d found my passion,” Rodriguez says. “I can run forever. I may not go fast, but I won’t stop.” Rodriguez started training lightly—and ultimately became a coach for the same middle school that originally motivated her.

She jogs during the week and has traded partying for running on weekends. “Running is what I do for fun,” she says. “I’ve changed everything about my life in consultation with my doctors. My demeanor has changed. I’m more goal-oriented. My kids are happier. I never dreamed I’d be a running coach for the school that inspired me to run my first marathon, but here I am.”

Now 35, Rodriguez has been seizure-free for 20 months. “This is the longest it’s been,” she says, smiling. “Epilepsy is an invisible illness, which is difficult. But now I don’t look at myself as a victim. My journey has taught me that dreams don’t have a deadline. I’m happy I didn’t give up.”