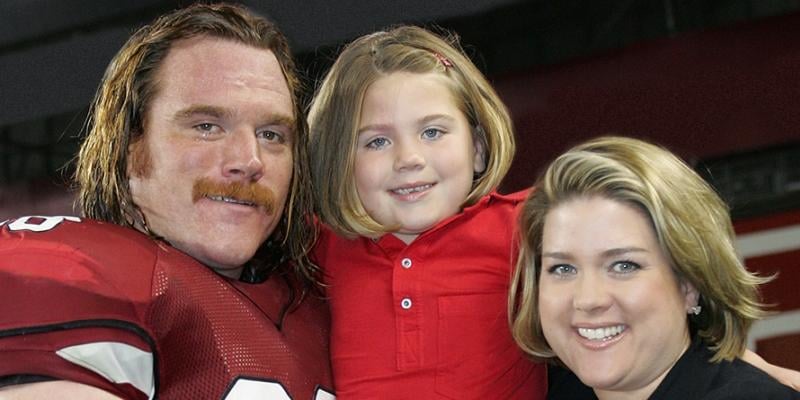 On a lazy Saturday afternoon, Alan Faneca prepares to run interference should his formidable opponent—his three-year-old son—awaken early from his nap. It’s hard to imagine the 6’5” legendary former guard for the Pittsburgh Steelers tiptoeing around the house at naptime, but Faneca is a man who defies stereotypes—right down to his epilepsy.

Faneca was 15 when he experienced his first seizure. He thought it was just a nightmare. Typically, his seizures start with an aura. “I see a pinwheel of spinning colors coming out of the left side of my field of vision,” he explains. “When the seizure kicks in, I’m running around; I’m panicked like I’m late for the biggest meeting of my life.”

When a pediatric neurologist diagnosed him with partial-onset seizures, the teenage athlete feared he’d be benched. “We thought football was off-limits,” he says. “But the doctor was completely behind my continuing to play.”

Although Faneca’s seizures were controlled with the help of daily medication, his family encouraged him to talk about his condition so that friends, teachers and coaches would know what to do if he had a breakthrough seizure. His talent and honesty overcame all concerns. High school sports led to a football scholarship at Louisiana State University. Then, in 1998, he became a first-round draft pick for the Pittsburgh Steelers.

While playing for the Steelers, Faneca realized that sharing his story could help others living with epilepsy. He contacted the Epilepsy Foundation Western/Central Pennsylvania, and began working with kids. He also participated in the National Walk for Epilepsy.

After a 13-year career, the nine-time Pro Bowler retired in 2011 to spend time with his wife, Julie, and his children: Anabelle, Burton and Penelope. But he remains on the front line, tackling epilepsy’s stigma. “Playing for the NFL was a big deal,” he says. “But after a certain point, I just wanted to do whatever I could to get the word out.”