Rules of the Road 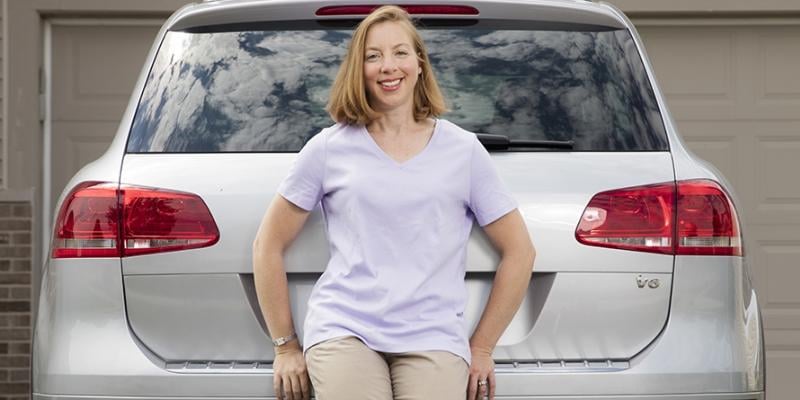 Learning to drive is a rite of passage for so many people. Cars offer not only freedom from the confines of the family home and the promise of escape to faraway places but also make it possible for us to do the kinds of day-to-day errands that are essential to modern living.

For people living with epilepsy, that freedom comes with the risk of minor collisions or even fatal accidents—for themselves and others. In the U.S., restrictions around driving and epilepsy vary from state to state. Many require someone to be free of seizures for between three and 12 months before taking the wheel. A handful, including California, require doctors to report patients with epilepsy to the motor vehicle authorities; others, like Florida, allow a medical review board to require periodic medical updates after licensing. (Check with your local DMV or Epilepsy Foundation affiliate to find which restrictions apply to your area.)

The good news is, there are more medications and surgical procedures available than there were just a decade ago. And for individuals whose seizures are controlled, fatal driver crashes are uncommon, according to 2004 research from Johns Hopkins University in Baltimore. Knowing your seizure risk is critical in deciding whether and when to take up the keys and get on the road.

On her 27th birthday, in 1987, Cathy C. almost drove off an overpass with her father in the car during a seizure, after just dropping off her son. Though she had been suffering from simple partial seizures from the time she was a teenager, none of her doctors suspected epilepsy. She wouldn’t get an official diagnosis for three more years, when she was 30.

But even with the diagnosis, Cathy didn’t stop driving—not for five years, she says. She had kids to care for and a husband who was not willing to help out. “I’d need to buy things for our kids, and he’d be watching a ball game or something and he wouldn’t want to go,” she says. “I was driving and I really shouldn’t have been.”

Then one night in 1995, when she was alone at the wheel, she blacked out at a railroad crossing and came to with her car a foot from the tracks—while a train was speeding by. She’d actually driven 500 feet down the tracks. Shaken, she gave up her license and began to depend on her 16-year-old son, parents and friends to help her get to church and doctors' appointments. It was a tumultuous couple of years. She divorced her husband and moved back home to Maine with her kids.

It wasn’t until 2006 that Cathy was ready to get back in the driver’s seat. After chatting online with members of an epilepsy support group, she got a recommendation for an epileptologist, who told her she was a perfect candidate for a right temporal lobectomy (to remove a part of her hippocampus, which was thought to be causing her seizures). Though the neurologist who first diagnosed her a decade earlier had told her she wouldn’t survive surgery, Cathy, given this new encouragement, decided to go for it. Her seizures almost immediately stopped.

Just a couple of months later, she was driving long distances across state lines. Looking back, she knows it was wrong to take the risk of driving when she was still having seizures. “One of the biggest things is you have to not be so prideful. You have to let other people help you,” she says. “Join some of the groups with the Epilepsy Foundation and get help from your peers. Get encouraged by people who can lift you up.”

By the time Melissa R. (above) was 30, the frequency of her seizures had been dramatically reduced by brain surgery and a vagus nerve implant. In her early 20s they occurred almost once a month, but after the operation they slowed to once every six to nine months. The change came as a huge relief.

Not too long after the surgery, Melissa’s epileptologist recommended that she get a driver’s license. At first Melissa resisted. She had never learned to drive and had a great fear of the road—the risks posed by other drivers seemed to her almost greater than the risk of having a seizure at the wheel. “There are too many crazy drivers out there,” she recalls telling her doctor. But her doctor insisted on it. If she were ever in an accident with someone, she might need to take over the wheel, he told her. So she took his advice, and in July 2006, she got her license. She was thrilled at the sudden independence it gave her. “It was great,” she says. “I liked the freedom of being able to go places when I wanted to and not having to wait for someone to take me wherever I needed to go.”

But Melissa still sometimes hangs up her license. Last year, some changes in her seizure medication and an allergy medication caused a series of seizures that didn’t stop until the medications were increased. She is currently taking a driving break. During this time, she relies on family. “If my husband’s at work, I can always ask my parents, because they live about 10 minutes away,” she says. (Her mother, Diane H., wrote the Welcome Letter in this issue.) During warm months, she rides her bike to work.

When she can, Melissa drives on her own in her neighborhood, but not with her four-and-a-half-year-old son Tyler. “He’s at the age when he says, ‘You’re going too fast! You’re going too slow!’ I don’t know if I could handle this,” she says, with a laugh. She’s getting back to driving at her own pace.

Driving on the Job
For Victor A., driving is not just a convenience, it’s part of his job. Not only does he drive 20 minutes every day to work, but as a materials specialist for a commercial airline, he also delivers aircraft parts to mechanics at a Florida airport two days a week. This requires transporting the parts around the airport grounds from warehouse to hangar by truck, forklift or golf cart. Fortunately for Victor, the risk of having a seizure while driving is almost nil. He hasn’t had one in five years, and in the past, they mostly came very early in the morning or late at night—never when he was on the road. He responded well to medication in his teens and got his license at 16.

Still, Victor’s relationship to driving hasn’t always been so easy. When he was in his late 20s, the rules for driving with epilepsy cost him a promotion that would have tripled his salary. After he’d spent six years working for a telecom company doing residential installation, his bosses told him that he was qualified to become a supervisor, but he’d need a commercial driver’s license. His doctor told him he couldn’t have one. “The only things you can’t do are pilot a plane and have a commercial driver’s license,” he recalls the doctor saying. Under federal law, people with a history of epilepsy can only get a commercial driver’s license if they have been seizure free without medication for 10 years. He was devastated.

Fortunately, Victor’s current position requires only a standard driver’s license. He says he tries not to look back at that early career setback. “I try to appreciate that I’m healthy, that’s what I’m concentrating on,” he says. He likes his job—and enjoys driving. The golf cart, he says, is an especially nice ride on a sunny day.