A Step Closer To Anticipating Seizures 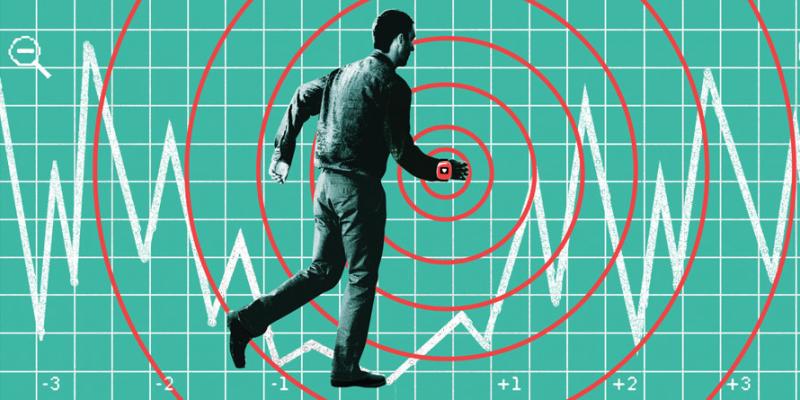 So much of the anxiety and stress around epilepsy comes from uncertainty not knowing when a seizure will occur or what might cause it. But two research projects are hoping to give patients the tools they need to monitor, track, and in some cases even detect their seizures.

In 2015, researchers at the Johns Hopkins Epilepsy Center developed the EpiWatch Research Study, an app now available for public use that allows patients to track seizures, medications, and possible triggers all on their iPhone and Apple Watch in an ongoing study to help advance epilepsy research. After a self-reported seizure, patients are prompted to take a short questionnaire. They can then input details about the episode, such as whether they lost consciousness, if they were aware the seizure was about to occur, and what might have triggered the seizure. That information is paired with Apple Watch data on their heart rate and body movements during their seizures.

“We’re trying to make it as easy as possible for patients to track their seizures,” says Nathan Crone, M.D., a professor of neurology at Johns Hopkins and an epileptologist working on the project. “We want to give them the chance to take a more active role in the management of their disorder.”

The data, which is voluntarily collected, will fuel what will hopefully be the next evolution of the EpiWatch: seizure detection. The researchers are working on an algorithm that can interpret data collected from app users to auto-detect when a seizure is happening. This would give patients even more valuable information to share with their epileptologists and could potentially notify caregivers or other loved ones when a seizure is occurring.

Researchers at the University of Sydney are also working on an innovative system that may one day be able to predict seizures as early as 30 minutes before they occur. The proposed system was published in Neural Networks in September 2018, but is still in its early research phases and has yet to be taken to clinical trials. “Seizure prediction could give patients a certain level of independence,” says Omid Kavehei, Ph.D., a lecturer in the engineering department at the university and coauthor of the study. “And that’s very important for their well-being.”

The system would analyze a patient’s brain activity (through wearable technology or other portable devices) and identify patterns that could forecast the onset of a seizure. Because the system uses a form of machine learning and artificial intelligence, it would get better at predicting an individual’s seizures over time as it becomes more familiar with that patient’s specific electroencephalogram (EEG) patterns.

“People across the board are working to come up with a solution, not only in the medical field, but in computer science and engineering as well,” says Kavehei. “We want to give patients hope and to let them know that even though it’s a hard problem to tackle, it’s one that we won’t give up on.”