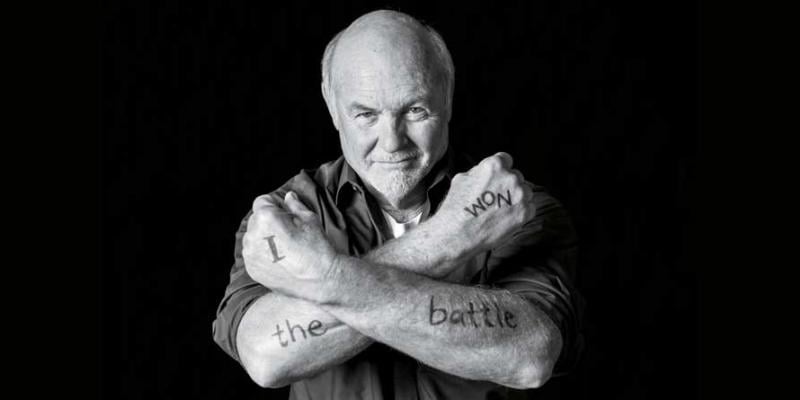 Over the past 10 years, since the initiative was founded, members of the EpilepsyAdvocate program have summoned the courage to stand up, speak out and take charge of their lives. Sharing their stories and creating a community was just the beginning for these people who live with epilepsy or who care for someone with epilepsy. Now they share how they used their experience, strength and talents for advocacy, and suggest ways that others can do the same. There are many powerful ways to advocate for yourself and others. Hear from six of our Advocates on the ways that they advocate for themselves and others that might just inspire your own efforts.

The effects of epilepsy, its stigma and side effects can cause isolation. Joining an epilepsy support group doesn’t just help you—it also allows you to give back by sharing your knowledge and experience with others.

“When I was young, I didn’t have that opportunity to be able to listen to someone, so I learned everything the hard way,” says Advocate Brianne D. “Now, being able to talk to somebody about epilepsy, I’m able to help them through their journey of life and help make it easier for them.”

Looking for an epilepsy support group in your community? The Epilepsy Foundation provides online groups so you can connect wherever you are.

“It’s really important to reach out to the general population to educate them about epilepsy,” says Advocate and caregiver Amy W., who now works for a patient-advocacy company. “You have to work at ways to find open doors of opportunity to share that information and to let other people know.”

Most people have never seen a seizure and don’t know how to respond. Sharing your story helps those who previously had little firsthand knowledge of epilepsy, such as teachers or first responders.

Remember, you are your own best authority on your epilepsy. “Start keeping better records of yourself,” advises Allen C., a former computer engineer who uses his love of numbers and technology to chronicle his seizure history. “Keep track of what’s going on with your seizures so you can sit down with your doctor and show him, rather than try to remember.”

Recording your health data has never been easier. Seizure- tracking apps and fitness trackers allow you to chronicle such details as physical activity, sleep and diet to help identify the triggers that lead to seizure episodes. The notes feature on your mobile device can also help you keep a running list of questions to ask your doctor at your next appointment.

Overcoming the stigma of epilepsy provides insight that’s transferable. Advocate Justin Z. struggled with epilepsy as a kid. Today he’s seizure-free but draws on his experience in his work. “I became a special-ed teacher because I know what it’s like to have difficulties and struggles,” he says. “That’s helped me teach kids who have disabilities or other challenges.”

Advocating for yourself can also lead to finding new meaning and purpose in your life. “When I became an Advocate, I found out what I was born to be,” says LaKeisha P. “I was born to instill hope into other people.” LaKeisha inspires others in her work as a life coach. She also volunteers as a counselor for Project UPLIFT, a Web-based and phone support group for people with epilepsy who suffer from depression.

There are many ways to spread hope. Volunteer at events sponsored by your local Epilepsy Foundation affiliate, or sign up for clinical trials for epilepsy research or new therapies.

While still in college, Advocate Kevin E. (now in law school) wrote a policy proposal for the Idaho legislature, calling for a law that would require notifications of changes in drug formulations. The bill passed. “I grew up in a family that valued public service,” he says. “It was natural for me to give back in some way. I’ve been blessed with a good education. I want to devote that to public service and public policy.”

Visit the Epilepsy Foundation to find out all the ways you can make a difference on a federal, state and local legislative level.